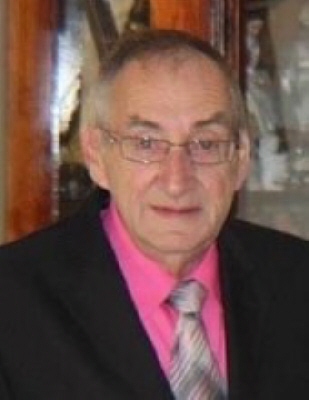 Stephen Charles Bethea, 79, husband of Cindy Bowen Bethea of Anderson, died Wednesday, April 29, 2020 at his residence.  Born in Detroit, Michigan on November 6, 1940, he was a son of the late Donald McLeod Bethea and the late Grayce Margaret Bartel Bethea.

Steve was a retired truck driver who traveled the United States for over 51 years. He and his family are extremely proud that he drove over 5 Million, accident free miles during his career. He served in the 3960th Combat Defense Squadron of the U.S. Air Force during the Vietnam War, and was a member of The Carpenter’s Church in Anderson. He loved watching his favorite TV show, Jeopardy while drinking a cold Pepsi Cola!
.
He is survived by his wife, Cindy Bowen Bethea, children, Stephen Charles Bethea Jr., Lisa Larkin (Trent), Elaine Bethea (Fiancé- James Salisbury), Clayton Bethea (Katie), Ray Sawyer, Steven Sawyer (Cindy), Russell Brown (Amanda) and April Simpson (Shone).
He is also survived by 17 grandchildren and 8 great-grandchildren.

Friends may sign the register book and pay their respects at The Standard Cremation & Funeral Center 1621 Pearman Dairy Rd. Anderson, SC 29625, on Sunday, May 3, from 3:00 – 5:00 pm.  A crypt side service will be held at Forest Lawn Memorial Park Mausoleum Chapel on Monday, May 4, 2020 at 1:00pm. Social distancing is to be observed at all events.